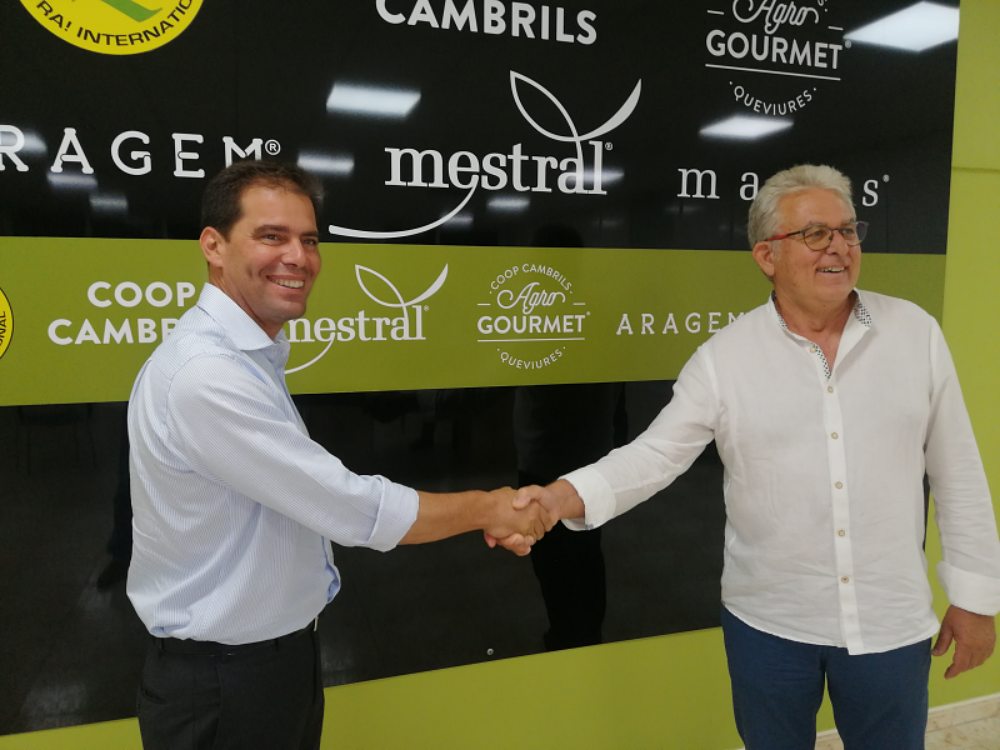 The company in which the Cambrils Agricultural Cooperative and the Migasa Group have a stake will implement an expansion plan to increase production to 1,500 Tm
The second prize in the category of ripe fruit oils was collected on May 14 in the International Competition for the Quality of Extra Virgin Oils "Pedro León"

In the first year of production of Aceites Mestral S.L., the company owned by the Cooperativa Agrícola de Cambrils and the Migasa group, a figure of 400 metric tons of oil has been reached. The campaign started on October 19th and ended on December 30th. This production has already been certified by the Siurana PDO.

During this first year of life of Aceites Mestral S.L. It should be noted that 25% of the members who have delivered the olives to the cooperative have been recovered, as well as 25% of additional new farmers, as it is no longer necessary to be a member in order to bring the production to the mill. of the Cooperative of Cambrils.

As for the payment of the olives, during this first campaign, an advance of the harvest has been made which has benefited 50% of the producers, with a weekly advance the week following the entry of the olives in the mill and on January 15, the remaining amount of all production was settled.

From Aceites Mestral S.L. an expansion plan will be implemented to increase production to 1,500 metric tons of oil. For this reason, agreements will be made with small and large producers in the area of ​​influence of the Cooperative in order to reach this figure.

In this sense, next Friday, May 25, there will be a visit from the Migasa team, led by Antonio Gallego, commercial director, in order to delve into the new expansion plan and be able to reach agreements with the producers of the area. In this sense, different visits to the territory are scheduled.

Also, last Friday, May 14, the second prize in the category of ripe fruit in the International Competition for the Quality of Extra Virgin Oils was collected in Montoro (Córdoba), in the assembly hall of Patrimonio Comunial Olivarero "Pedro León", co-organized by the Feria del Olivo de Montoro and with the collaboration of the Association of municipalities of the ólico (AEMO).